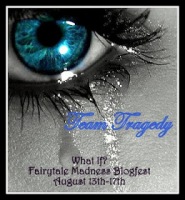 (Otherwise Known as the “I am Evil!” Blogfest)

Have you ever noticed that by changing one detail; one event, one character trait, one thought … you can completely alter the rest of the story?

That “what if …?” factor is what’s being utilized for this bloghop. From the 13th to the 17th, participants are to think of a well known fairytale and ask “what if…!” From there, they were to write a 300 word max Flash Fiction illustrating this new detail of the fairytale that changes everything.
It also has to fall into one of the following four categories:
Plot Twist – Judged by Cassie Mae
Love Story – Judged by Morgan Shamy
Tragedy – Judged by Leigh Covington
Comic Relief – Judged by Mark Koopmans 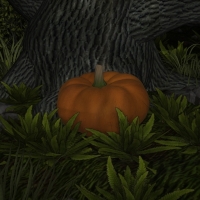 Now most of the fairy tales I’ve ever watched or read generally fall under the heading of ‘Disney adaptation’ or ‘parody’. For this tale, at least in all the versions I’ve seen, the young woman in question always tends to be racing to the ball. It seemed to me that was quite a dangerous thing to do, especially if it happens to be in what used to be a pumpkin.
So here’s my ‘What if …’ of Cinderella. 300 words exactly and I’d say definitely falls in the Tragedy section. You didn’t really expect anything else from me, did you?

The carriage bounced along the road, rushing to reach the castle in time. Sweat stained the horses’ flanks, though the sun had set some time ago. Midnight would come sooner than expected. The driver cracked his whip high over their heads. Screaming, the horses took the slope at a dead run.
A wheel struck an uneven stone among the cobbles, jolting the lone woman within. She braced herself, the soles of her slippers squeaking along the floor in the struggle, and mused on how she should’ve known better than to ask for speed from something that’d been growing in the garden ten minutes ago.
Something under her feet gave with a bang. The carriage rose into the air. Her head smacked the roof. An elbow whacked the heavy frame of the door. They slammed back onto the road and she hit seat just as gracefully. The sharp crack of glass bespoke of a slipper breaking.
Rubbing and shaking her head, she became aware of movement being more sideways and downhill than forwards. The clatter of hooves seemed too faint. She stared out the window. The wide trunk of a tree filled her view. As she watched, helpless to stop her leisurely slide, she knew she would not live to meet her prince.

As with all nights, it gave itself up to the dawn, allowing warm light to be thrown over the land. People crowded round the tree to take in the peculiar, though nevertheless gory, aftermath. Slumped like a discarded doll and cradled in the shattered bits of a pumpkin laid the broken form of a young woman all clothed in rags and wearing a pair of delicately-crafted, though terribly fractured, glass slippers. The cry went up, circling to all those who cared for whatever reason.
Little Ella was dead.

Told you I was evil.
So who else is joining in the fairytale derailment? These people!

53 thoughts on “WHAT IF …? Fairytale Madness BlogFest!”