Legends of Windemere: Family of the Tri-Rune

The magical adventure continues after Luke Callindor and his friends recover from their battles in Haven. Nyx still has nightmares about casting the genocide spell in Hero’s Gate. Every night her heart is gripped by the sensation of hundreds of goblins dying by her magic. By the request of Lord Highrider and Duke Solomon, she is returning to fix the damage she caused. With Luke Callindor and Sari by her side, Nyx is ready to face the vengeful goblins and opportunistic thieves that plague Hero’s Gate. Yet, there is a darker threat that was born from her violated magic: The Krypters. It is another action-packed, character driven story that will reveal one of our heroes has been lied to for their entire life. 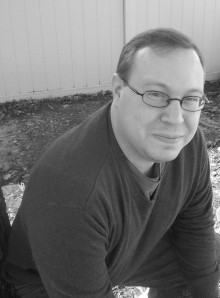 Charles Yallowitz was born and raised on Long Island, NY, but he has spent most of his life wandering his own imagination in a blissful haze. Occasionally, he would return from this world for the necessities such as food, showers, and Saturday morning cartoons. One day he returned from his imagination and decided he would share his stories with the world. After his wife decided that she was tired of hearing the same stories repeatedly, she convinced him that it would make more sense to follow his dream of being a fantasy author. So, locked within the house under orders to shut up and get to work, Charles brings you Legends of Windemere. He looks forward to sharing all of his stories with you and his wife is happy he finally has someone else to play with.

We’re still taking volunteers for the April blog tour. So fill out the form HERE!

Read the Previous Volumes of Legends of Windemere!!!