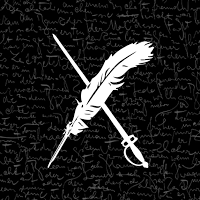 I’m busy, busy, busy trying to get the fifth chapter of In Pain and Blood ready for the 3rd of July. And there’s the re-read of Dark One’s Mistress to get through before I can even think about releasing it…

So, my fellow Weekend Writing Warriors and Snippet Sunday Folk, here’s a piece out of my oldest story. It’s been with me for around nineteen years now, and I’m still chugging through the critiques for the second book. I give you…

Veng woke screaming, every muscle twitching in an endless spasm. It arched his back, twisted his limbs. Sweat slicked his skin. He opened his eyes. Light burned its way into his mind. A fresh shriek escaped his parched throat.

Klara. That single thought broke through the pain. Klara could fix this.

You can find it on Amazon.

Such is the warning Koral has heard for twelve years. Born a product of genetic manipulation, he knows little else of the world beyond the steel walls of his home.
When fate gives him the choice between certain death and the unknown, there’s no question in what he must choose. But he’s about to find out the sands he must brave are full of more than mere monsters.
Providing the desert doesn’t kill him first.
This is a world ruled by instinct, where innocence is drowned in blood. Here, men are offered up to the great Serpent God, Lorric, only to emerge as the most feared killers on the planet: The Rogues.
With the god’s sights set on turning Koral into a legend, he must sacrifice himself to survive and be reborn as… The Rogue King.