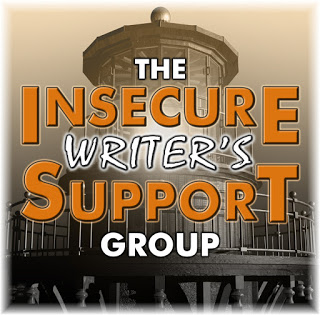 August! No, it can’t be August already! I’ve far too much left to do!

For those who don’t know, IWSG is a group where people can share their writing struggles and offer encouragement and support to other members. To sign up, click here.

This month, the co-hosts who are helping IWSG’s founder, Alex J. Cavanaugh, manage this great group are… Tamara Narayan, Tonja Drecker, Ellen, Lauren, Stephen Tremp and Julie Flanders.. Do be sure to pop by their sites and thank them!

July really threw me for a six, my aunt tripped in the first week and dislocated her shoulder, which we didn’t find out until almost a week later! Needless to say, I’ve been looking after her so I didn’t get my 15k written that I wanted, but rather 10k with half of it being before everything happened.

But Dark One’s Mistress is all set to go live on Holloween and there is to be a cover reveal on the 15th, all set up via YA Bound Book Tours. I’m quite chuffed with how it came out, actually. It looks gorgeous in paperback. I so want to show you all.

What was your very first piece of writing as an aspiring writer? Where is it now? Collecting dust or has it been published?

I started writing The Rogue King way back when I was twelve, but it’s changed so much since the first few copies that I’m not sure if I could actually consider it as my first piece.

The next piece was a short story written in English Class at age thirteen. I remember a few things. It was from the pov of an alien who’d been altered to look like a human girl and basically go on a reconnaissance mission, the story itself was about her return to the ship and watching out the ship window as it landed in preparation for invasion. It was wholly narrative, the girl went on rather indifferently about her crewmates actions and of how no one on Earth would know they were being invaded until it was too late. It sounded very routine and cold.

The teacher in front of the class and declared she was going to read out a story that she’d given an A+ to. She didn’t say whose story it was and I’d no idea she’d chosen mine until she started. I recall the class growing absolutely silent by the time she was halfway through and for a little while after.

Then a friend, a rather outspoken girl, piped up with “Who wrote that?” and I slowly raised my hand. It was the first time anything I’d written had been shared to a wider audience and I was a little embarrassed. Her response to my admission of ownership? “Damn!”

I really wish I knew where it was. Sadly, I lost track of it (and a little story of how rabbits got their long ears) in the move.