Today, we’ve Dana Louise Provo  who is celebrating the debut release of her NA Romantic Suspense, BLEEDING HEARTS! She’ll also be answering my five little questions…
There’s always one part of a novel that asks more of us than the rest, which part of your novel was the hardest for you to write?

In Bleeding Hearts, there are essentially two story timelines. The present day story with it’s own plot and then there’re the flashbacks which are written in past tense. The hardest part for me was making sure all the timelines were correct and nothing was out of order as the book progresses.

Tell us about the cover… Who designed it? What was the process like? Any cute little tidbits that tie just right?

My cover is absolutely amazing!! Cora from Cora Designs created my cover and I couldn’t have dreamed of anything better. The process was so easy, i filled out a form telling Cora what I wanted and she came back with the cover. If I wanted to make any changes, then she would fix it, but I kept it exactly the same. The rose with the thorns ties right in with the theme for the book. And I love the blood in the background!

Sometimes, words don’t come out the way we mean, what’s the weirdest typo you’ve ever made?

Oh, gosh, this is a good question. My memory is terrible and I’ve made so many mistakes over the course of writing and editing my book, but maybe the funniest typo I’ve made was trying to type the word potatoes and it ended up coming out octopus. I have no idea what I was thinking at the time, I just laughed it off.

We’ve all fantasised about this at some point, so who do you imagine playing the lead characters in a movie of your book?

Definitely Julianne Hough for my main character Camryn Lucks. And as for Carson Lynch, I’d probably get Alexander Skarsgård.

Lastly, if you could set foot anywhere in the world at any era, where and when would you most like to visit?

I have always wanted to visit France. I don’t care which era because I love all French history.

Wonderful answers. Your cover is amazing. I so approve of those actor choices and that seafood/tuber typo is so funny. Must’ve given the sentence quite the switch! 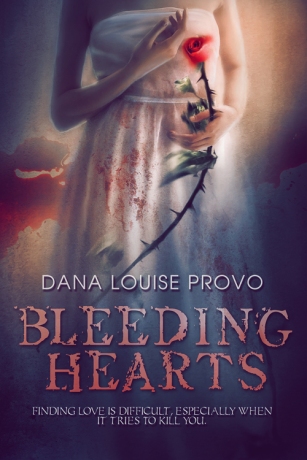 Orphaned at an early age, now twenty-four-year-old Camryn Lucks is ready to commit to find that special someone, and so accepts a date from a charming, gallant, handsome stranger. The last thing she imagines after accepting that first date with Carson would actually be the beginning of her worst nightmare.
Red roses, a reminder of her parents’ killer, soon become an emblem of horror for Cami as one by one, those closest to her fall victim to a serial killer. Cami becomes an obsession for Carson, the man she had finally allowed herself to love. Not only is he vying for her heart, but also her life.
Finding herself in a whirlwind of torments shadowed by the blood-colored bloom, Cami finds solace in Isaac, a neighboring police officer. She’s desperate to escape the haunting memories, but she must revisit them in order to catch her would-be killer. Living life in constant fear has driven Cami to second-guess every choice she makes. Will the police catch the illusive murderer, or will Cami be forced to face him once again? 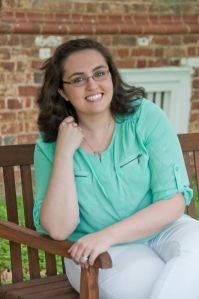 Author Bio:
Dana Provo has always loved books and reads everything from young adult fantasy to adult historical romances. When she’s not reading or writing her next novel, Dana can be found riding her horses and getting ready for competition. Dana lives with her husband and two house plants in Richmond, Virginia.

Extras for In Pain and Blood – MM Spellster Snippets [Plotting]