With the other covers more or less at their end point, I turn my attention to Burning Beneath the Sun.

As it stands, not too bad in comparison with the rest. Certainly better than Spectre of the Golden Voice was at the beginning. It was what to do with those words. It’s especially a shame about “Burning” as I quite like it.

So, after a little tweaking and several takes for comparison, I came away with this… 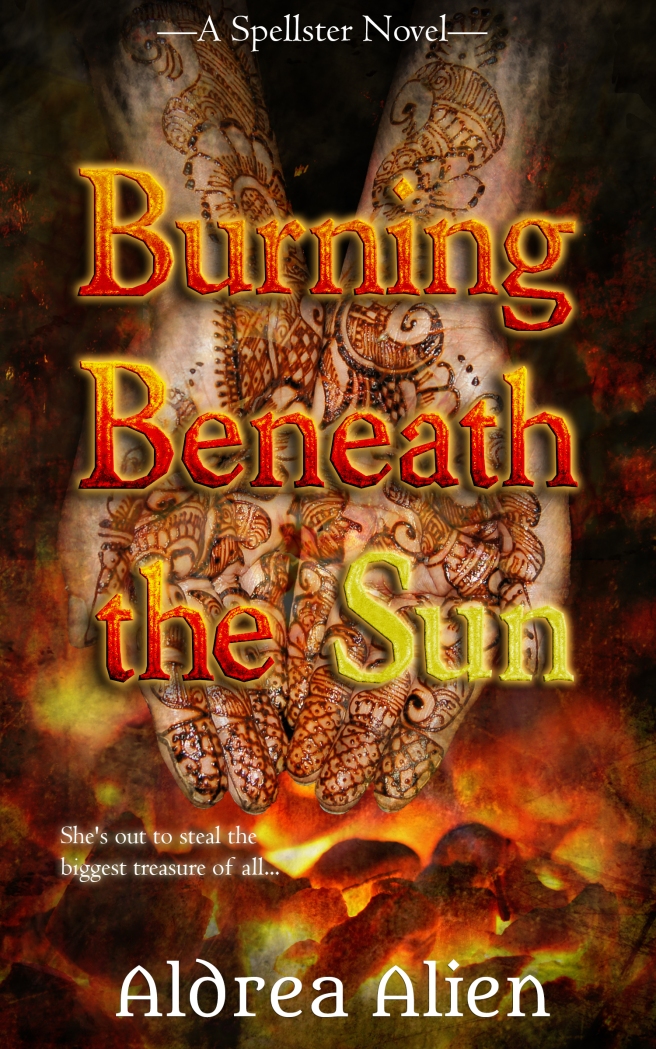 As you can see, I used the same effect on the rest of the words and made them a hell of a lot brighter. Whilst I like it, the effect doesn’t quite work as well as a thumbnail.

Only thing left is to switch to a completely different style for the font. Onwards!

They’re both pretty similar. I am leaning more towards the paler one. It seems to be the easier one to read in a thumbnail size. So, unless I can think of something better, that will probably be the one that stays.