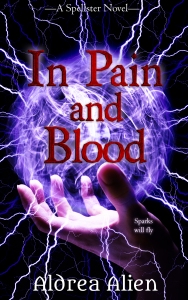 It’s felt like an age since I commented on how far I’ve gotten with In Pain and Blood. I’ve been so consumed with finishing that a lot of things have been shuffled aside in favour of getting these final chapters done. I currently have three left. Three! Two being the wrap-up and epilogue, whilst one is a little further back, left because it was giving me a spot of trouble at the time.

But today, In Pain and Blood has slogged its way up to the 99% mark.

So, the next time I talk about this. It’ll be how it’s finished. I might just take part of May off before jumping into Dark One’s Bride. That one has a far smaller word count goal, but a lot of re-reading before I think about tackling the writing.