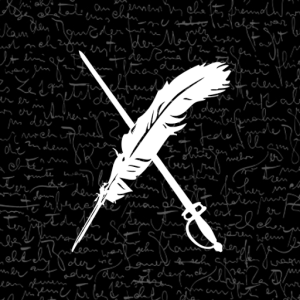 It’s almost a month until In Pain and Blood releases. I’m so giddy and nervous, even though I know everything’s in place. Just got to focus on finishing that extra scene piece for later (now at 12000 words).

Dylan glanced over his shoulder at the woman. “I’ll get back to you for the second one,” he promised.

It took a few tries before they were able to join the cavorting. When they did, the world became little but flashes of dyed linen as women kicked up their skirts and men twirled about. Laughter and scraps of singing filled his ears. His heart leapt to the rhythm of people’s feet and their clapping. He followed along, dragging Katarina with him.

Then the music stopped and reality came crashing back into his limbs. They made their way back to The Broken Rod’s doorway, where Authril leant against the barrel. A new song started up and, even puffing as he was, Dylan held out his hand to the warrior.

Don’t forget to check out the other excerpts.